Combining the best Czech beers, crisp and clean taps, and charming Czech atmosphere, Kulovy Blesk is one of the best places in Prague to try Czech beers.

Being a member of the Pivni Alliance, their beer selection is fantastic- they have 14 beers on tap, and these beers change every week. They always feature a beer from Kocour and Matuska, two of our favorite and the most innovative Czech Breweries. Other great beers they’ve had on tap come from breweries like Opat, Zvikov, Chodovar, Kacov, Chyne, Chotebor, and Postrizinske, just to name a few.

The interior is cozy, decorated like a well-worn kitchen from the 1960’s and 70’s, and pleasantly has a non-smoking room. Their menu has hearty, filling Czech dishes like duck, rabbit, and goulash, as well as beer snacks and chicken wings, which are all prepared well and delicious. Service is friendly and quick, and you won’t be thirsty waiting for your next beer. We tried the chicken wings, which were huge, and tatarak (raw beef- a Czech delicacy!), which was also delicious. If you’re in the mood for a burger, they serve a pretty tasty ‘American Dream’. This pub also has a large summer garden, which is open from late April until the fall.

Kulovy Blesk is located on Sokolska, by the metro station I.P. Pavlova, on the red line. Being popular among a large variety of beer lovers, we recommend making reservations.

These are some of the different beers that Kulovy Blesk had on tap on our visit. 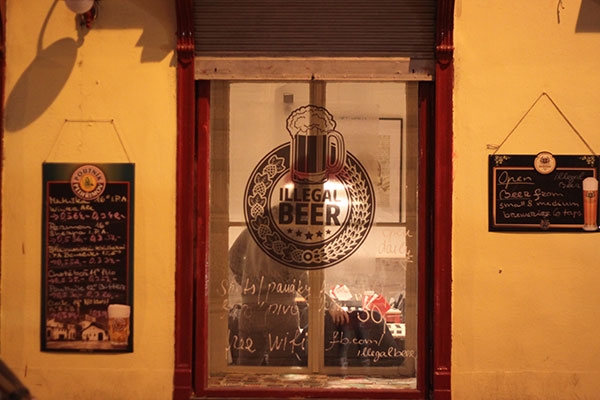 A Prohibition Style Pub with a Fantastic Czech Beer Selection 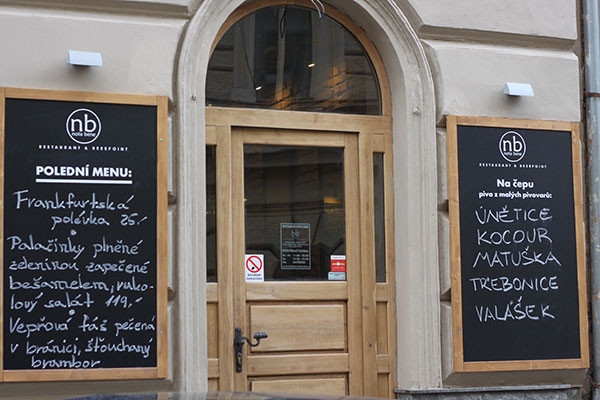