Few places in Prague offer visitors everything; but with Pivovar Bašta’s in-house brewed, supremely fresh lagers on tap, delicious Czech cuisine, and a down-to-earth atmosphere, everyone feels at home.

Open since 2007, this microbrewery has developed a reputation for its unpasteurized and unfiltered lagers. Always on tap, their light and amber lagers are consistently excellent and have a unique earthy freshness to them. Another of the 7 taps is home to their own seasonal beer, often a wheat in summer or a dark lager to beat the winter cold. Bašta has also hopped on board the multi-tap train, adding 1 tap which pours a rotating selection of Czech microbrew beer. Unique for a Czech brew pub, they also have 3 taps of Belgian classics, Kwak, Kasteel Rouge, and Delirium Tremens.

Bašta’s cuisine has also earned itself a most favorable reputation. Known for their traditional Czech style roasted duck, they serve a succulent duck quarter stuffed with potatoes on a bed of pickled red cabbage. This duck is so popular that it’s developed into a separate business. Tender and slow cooked in a deliciously rich and mildly spicy sauce, their chicken heart goulash is also a rare find. Their pub snacks, including duck or goose pâté, pickled cheeses, and home-made sausages are all served with freshly baked bread.

At the end of your evening, you’ll find that Bašta’s prices are an exceptionally good deal especially when considering the quality. Bašta has expanded beyond the original one room pub and now added another two rooms, as well as having a pleasant outdoor garden. The seats here fill up fast regardless of time, as it’s a popular place for the old and young alike.

Service is normally fast and friendly. During the week they have a lunch menu. Confusingly, there is a pilsner pub next door, called Restaurace u Bansethů which shares the same kitchen. The closest tram stop is Nuselská Radnice, serviced by the 18, but Náměstí Bratří Synků, where the 6,11,13 and bus 193 run is just around the corner.

These are some of the different beers that Sousedský Pivovar Bašta had on tap on our visit. 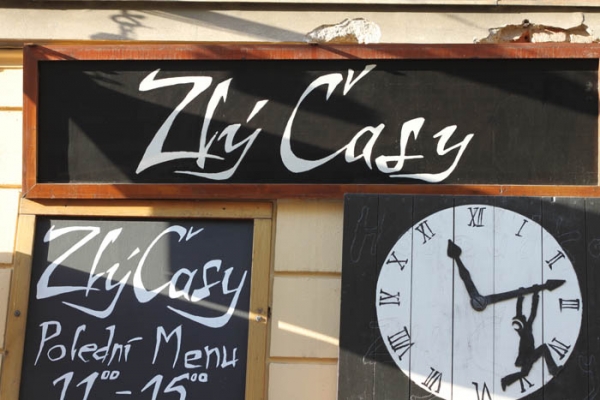