On a sunny September afternoon at Slunce ve Skle in 2011, one of the Czech Republic’s premier micro-brewery festivals, our taste buds first noticed Rukodělný Pivovárek Třebonice. Later that day, David Staněk’s hand-made beer went on to win ‘Best Beer’, and deservedly so.

Since then, his beers have been on tap in Prague’s premier pubs, and most importantly, he runs a pub within his own home brewery, in the village of Třebonice on the western edge of Prague.

On a lucky Friday or Saturday night, David Staněk serves his award winning brews to a handful of happy drinkers in his own homey pub. All he needs to do, is simply post his opening hours and what’s on tap on his Facebook page, and his pub is full. Opening his pub in 1997, Staněk has been a home-brewer since 2004, and started commercially brewing in 2010.

With 4 taps continuously rotating whatever Staněk has fresh and ready to go, the beer is in impeccable shape, deliciously fresh, and poured by an expert hand. The kitchen is simple and straight to the point; cold beer snacks meant to accompany a fine beer and stave off hunger.

Clean and crisp, the simple decor is far cry from the grey walls plastered with musty beer labels of your average pub. From floor to ceiling, beer labels from around the world decorate the walls, as well as awards and certificates from the many festivals Rukodělný Pivovárek Třebonice has won. Warmly lit with the glow of a fireplace, this humble pub instantly becomes the sort of pub that you wish you’d live right next to, and eagerly visit everyday. This is also the type of pub that others want to emulate- but this is a recipe that requires genuine innovation, more than just good beer, and honest, down to earth ambition.

Rukodělný Pivovárek Třebonice is reachable by either walking from Zličín or Stodůlky, or taking bus 249 from Luka. Despite the long distance, there is an added, and in our opinion enjoyable, feeling that you’re escaping the crowded pubs of Prague and venturing into someone’s well-reputed home.

These are some of the different beers that Rukodělný Pivovárek Třebonice had on tap on our visit. 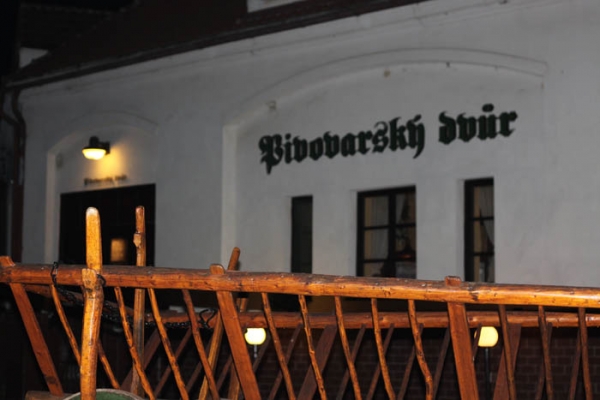