As the microbrewery boom continues to bring better and more diverse beers to the mugs of us drinking in the Czech Republic, U Dobřenských’s herbal ales are a unique and delicious taste much appreciated in Prague’s historic Old Town.

U Dobřenských’s 3 taps are all dedicated to ales brewed with herbs. Two taps are home to their house beers, a hearty 14° ale Tribulus and a sage porter Salvia. The third tap rotates a specially brewed herbal beer. All three beers, upon numerous visits, have been in top form and were consistently delicious.

Tribulus, by far our favorite, is brewed with tribulus terrestirs, an herb with origins in the far east. Rich and robust, this well attenuated body has a lovely depth, with the sweetness being nicely balanced by the sharp bitterness of hops. This is the sort of ale that warms your belly and inspires one too many mugs. Salvia is an unusual sage porter, beginning with a strong sage odor and having a distinctly sage flavored body. At the time of our visit, the seasonal brew was an hippophae, or sea buckthorn ale. Gentle, beginning with a soft mild sweetness and citrusy tones, this was a completely unique ale, and notable for its easy drinkability.

Since opening in July of 2015, U Dobřenských has had 2 brewers. Their recipes are the creations of their owner and current brewer, Adam Roudnický. Only brewing top fermented beers, you’ll never find a lager on their menu. Currently, they brew about 2 batches a month, each cook equaling 800 liters. Once every 3 months, they do a seasonal brew which is also 800 liters.

Once the premises of a brewery ages ago, U Dobřenských uses traditional Czech brewing methods when possible as well as Czech products. Their malt is Czech and Bavarian. Amarillo, Cascade, and Premiant are their most common hops, which are imported from the USA, and their water comes from Prague.

Designed by the actor/architect David Vávra, the interior of this brewpub has a pleasant, nostalgic old world sort of charm, decorated with a theme of the old Austro-Hungarian Empire. Features such as their domed ceilings and bare brick walls are nicely accentuated, giving it a cozy, yet modern feel. With one foot in the door, you notice their brand new gorgeous kettle and lauter tun, as well as the CK tanks to your immediate right. U Dobřenských is certainly one of the more unique and well designed pubs you’ll find in Prague.

U Dobřenských’s smallish menu focuses on Czech classics such as beef cheeks cooked in red wine, potato pancakes, as well as newer dishes like ribs and a mixed grill. They have a lovely selection of beer snacks, which include some delicious packed and pickled cheeses and a variety of sausages. We’ve only had a chance to try their packed cheeses, and both were outstanding. Food prices are higher than your average pub, but from the little we’ve tasted, this is a step above your normal pub grub.

Service is some of the best we’ve experienced in Prague. We’ve only encountered one gentleman, but, he’s got a high standard to beat; friendly and talkative, his knowledge and enthusiasm for the ales he’s serving is commendable.

Despite Czechs having the highest consumption of beer per capita of the entire world, the center of Prague has been until recently a challenging environment to find a good ale. U Dobřenských adds their lovely ales and porter, as well as delightful pub environment, to a city that has a food and beverage scene which is continually on the up.

These are some of the different beers that U Dobřenských had on tap on our visit. 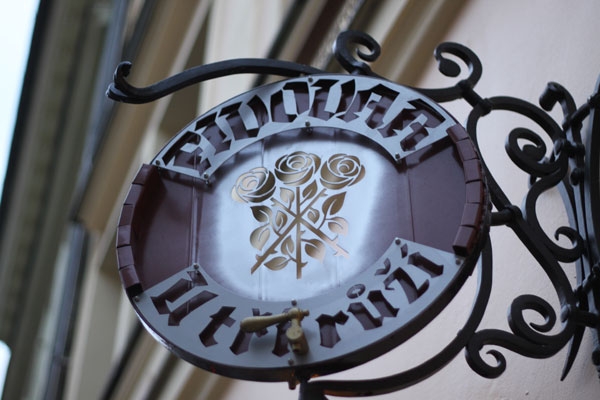 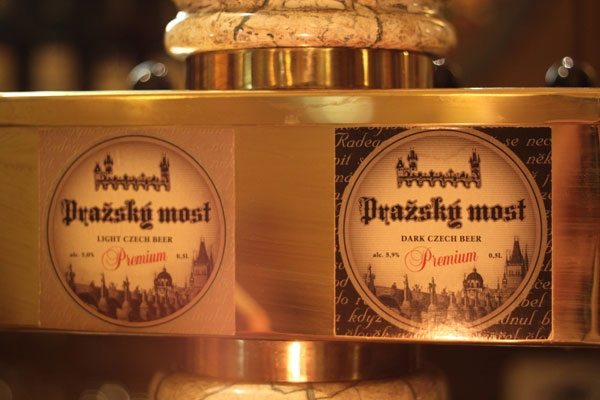