There are few places more comfortable and well-rounded than Lajka, with doubleshot coffee, and beer from Únětické, Břevnov and Chřič, soon this café will be pouring some beer of their own.

There are many things to love about Café Lajka, making this even more difficult to begin. The café is named after a dog who was stolen from the streets by the Soviets and became one of the first animals launched into space, “piloting” Sputnik 2. While the story meets a sad ending, this café tells us “it’s better to stay on the ground.”

As you enter the café you’re greeted by a room with loosely arranged tables and lots of corners, with parquet floors leading the way to an interesting bar. Another room opens up to more tables, a children’s play area and a piano, while the cellar has a small art gallery and some more space. The area is open, fun and free, lively and full of conversation – one couldn’t wish for a better atmosphere. The staff have always been kind and helpful, never condescending or caustic and the toilets have always been clean on my visits.

This little café pours some of my favourite beers this country has to offer, serving Únětický’s 10°, a 4%, easy-drinking lager with notes of cereal grains, light honey and herbally hop flavour, which happens to be one of my favourites; an 11° pale lager from brewery Chříč, an active sheltered workshop and fantastic brewery with a wood-fired kettle that has slightly more body than the Únětice beer, as well as Břevnov brewery’s wonderful 12° pale lager and their IPA, one of the few IPAs in the country that has held my attention for years. They also have an occasional guest tap, be it from Pivovar Clock or another beer from Pivovar Chříč. For those of us in need of something in between the beers, they also serve coffee from doubleshot, a local Czech small roastery, Val de Rance French cidre and an international wine list; all with very decent prices.

As far as food is concerned, they have a kitchen with some small offerings, including two different marinated cheeses (nakládaný hermelín; one of the best foods in the world, according to the humble opinion of the author), one of which is marinated with walnuts and comes from a social enterprise in a town near Prague. They also serve a few other small offerings and cater to vegetarians with a smile. In short, they care about the food and drink that they’re serving and don’t discriminate.

The location could hardly be better, located near the beautiful Stromovka park and just across from the Academy of Fine Arts in Prague, yet they have managed to distance themselves from the pretentious, gaudy atmosphere that so easily could have overtaken and ruined it. Lajka functions as a cultural space, as well, featuring film screenings, concerts, wine tastings and events of all sorts.

As if all of that isn’t reason enough to visit, in 2018 the café is slated to become a microbrewery, offering their own, house-brewed beers. From what I’ve heard, they’re installing a miniscule, 100 litre, setup. From what I’ve tasted from the brewer, things seem very promising. Recently I had the pleasure of tasting a single malt barley wine that I can say without a speck of doubt was the best barley wine I’ve tasted from this country. I have high expectations of this humble café in the near future; I believe that they’ll be one of the best undiscovered beer places this side of the Vltava.

These are some of the different beers that Café Lajka had on tap on our visit. 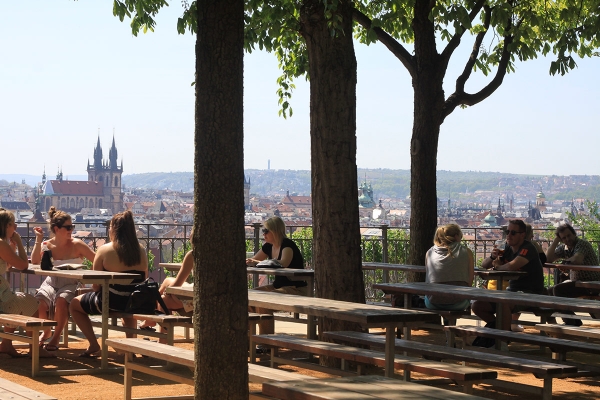 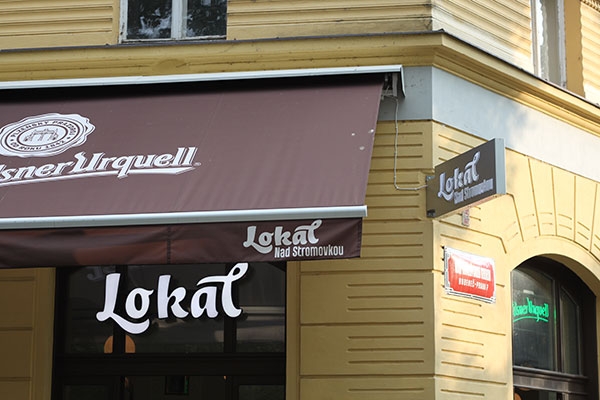 A local favorite on the edge of Stromovka park