At the end of tram 11, you’ll find an unusual little pub which has made Czech beer history.

Years ago, most Czech pubs served beer only from one brewery. On the 17th of March 1997, Prvni Pivni Tramway opened with 3 beers on tap- Pilsner Urquell, Gambrinus, and Guinness. In the spring of 2004, Prvni Pivni Tramway revolutionized Czech pubs, and began their ‘4 tap’ philosophy. This unique idea meant that they would always serve 3 beers on tap, and with the 4th tap, they would rotate their selection of beers from Czech microbreweries, including beers that were otherwise not available in pubs. In the beginning, Murphy’s Red Stout was replaced by Primator Weizenbier, and their 4th tap continued to offer beers from the Primator brewery.

Today, Prvni Pivni Tramway has expanded to a total of 6 taps which serve fresh quality beer that you would expect from only the best Czech pubs. The 3 beers that are always on tap are Pilsner, Pardal, and Primátor Weizenbier. The 3 changing taps feature beers from smaller outstanding Czech breweries. In the past, they’ve served some great beers on their guest taps, from breweries like Kocour and Matuska. If you have the chance, we’d also recommend trying their Tramway Ale, which is a great 11° ale exclusively brewed for Prvni Pivni Tramway.

Prvni Pivni Tramway has a very special atmosphere. Decorated with old wooden tram seats, rock and roll posters, some special art by a local beer fan, and other Czech memorabilia, Prvni Pivni Tramway is a happy home to lovers of Czech beer, and the occasional expats who venture into Sporilov for something new. The service is professional and efficient- that is, you won’t be left thirstily waiting for a refill. The staff doesn’t speak much English, but are very friendly and helpful, and can recommend some good beers to try. The only negative aspect of this pub is that it’s a smoking pub.

In case you’re hungry, Prvni Pivni Tramway has an extensive menu with all sorts of beer snacks and typical Czech meals, which are tasty, filling, and affordable.

Consider making reservations, as this little pub fills up fast on a busy evening. They also have a wide selection of Kocour bottled beers, and their Tramway Ale for purchase. The easiest way to get to Prvni Pivni Tramway is to take tram 11, all the way to the end stop Sporilov. Buses 118, 121, 135, 136 stop there as well.

These are some of the different beers that První Pivní Tramway had on tap on our visit. 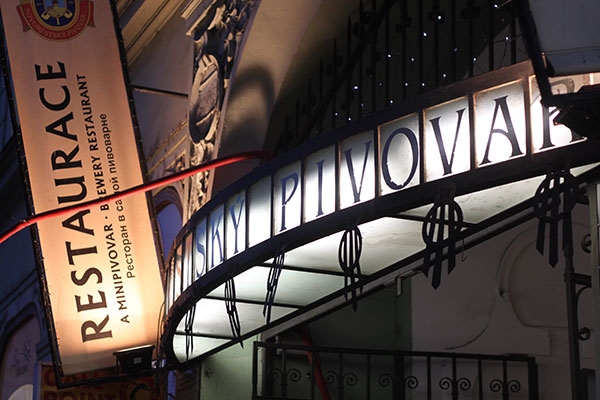 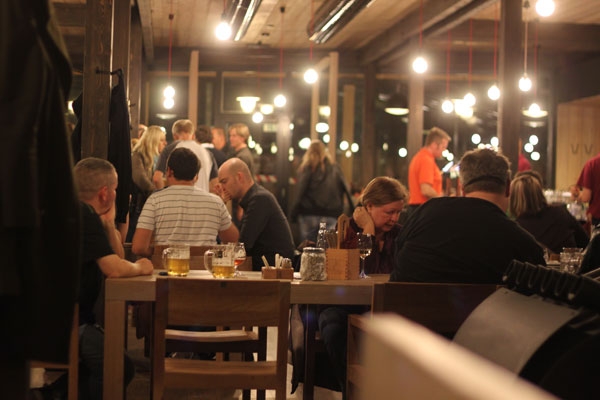