A quiet corner of Prague’s leafy sixth district offers a modern brewery with its own ales and lagers alongside other small Czech producers in a bright and cozy space that wasn’t always so remarkable.

In fact only longer-term residents of this area are likely to remember the derelict Staropramen haunt that once hosted legions of Sparta football fans before and after matches in a cloud of stale cigarette and sweet marijuana smoke well into the wee hours of the morning.

I count myself among those, and though an adamant opponent of the forces of gentrification that have busted open swaths of the city’s more colorful corners and taken with it the classic hospoda, among other casualties, I do not mourn the day that herna was replaced with the contemporary Pivovar Bubeneč, one of the more recent breweries to open its doors in the capital.

Situated equidistance between and short walk from the Hradčanská and Dejvice metro stations, Pivovar Bubeneč had until recently contracted its beers to several producers around Bohemia, including the reputable brewers in Ctiněves and Sokolov at Permon.

Since the end of September 2018 however, the label has brought its production in house, brewing all its beers on the five hectoliter system that peers through the cut out window behind the bar. The beers ferment and finish in a dozen or so lagering and cylindroconical tanks in the cellars of the adjoining Království piva, the brewery’s related endeavor and bottle shop.

Království piva has itself undergone a number of facelifts in recent years, though it recently reopened in December 2018 and continues to serve not just Bubeneč beers on tap but other Czech micros, a selection of bottles and a minutky, a kitchen serving food prepared in advance.

From the taproom, gone are the heavy felt curtains that kept natural light out of the former barflies’ eyes. The floor-to-ceiling windows have now been given their rightful due as centerpieces along the south and east walls of the pub, along which the brewery offers ample makeshift seating in the summer, with views cattycorner to Villa Petschek, the First Republic residence of the U.S. Ambassador.

With its tall ceilings, whitewashed brick and minimal lighting suspended from dangling extension cords, Pivovar Bubeneč is decked out in the standard trappings of modern tap rooms-cum-art galleries. While the occasional red flag of pretention, the atmosphere is anything but, with half of the six tables and five-metre bar occupied by locals playing cards and served by a friendly barman on an uneventful Monday evening.

On my visit, I tried the six beers on tap, half of which were brewed here in Bubeneč: the Bubenečský Ale 10°, Bubenečský ležák 11° and Bubenečská IPA 15°. Of these the ležák was the most enjoyable and to style, with spicy hops, an effervescent and crisp mouthfeel and harmonious balance with a bready malt profile. Their top fermented beers tasted as if the tap lines had been switched, with the ten degree demonstrating heavy doses of juicy New World hops and a residual sweetness from the heavily modified malts that typically would be expected of higher alcohol ales.

I also tried a Pacovský Golem ležák from the eponymous brewery in Vysočina, remarkable for its intrusive levels of diacetyl, a Malešov Irish Red Ale and a Bad Flash Bikini Ale.

In addition to its beers, Pivovar Bubeneč offers the standard nakládaný hermelín and utopnenec and some salty snacks, a handful of spirits and as well a small selection of non-alcoholic beverages like lemonade and malinovka, a raspberry soda.

With plenty to offer between the brewery and bottle shop, a trip to Pivovar Bubeneč is worth the excursion.

These are some of the different beers that Pivovar Bubeneč had on tap on our visit. 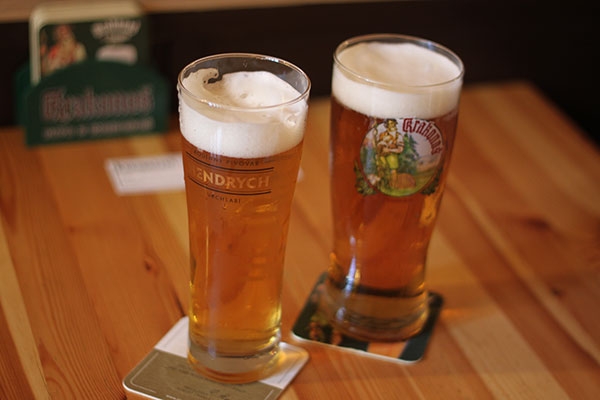 Tasting the Best of Krkonoše Mountain Culture in Prague 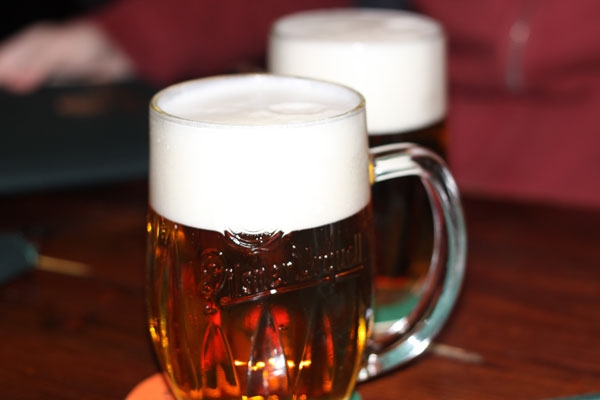 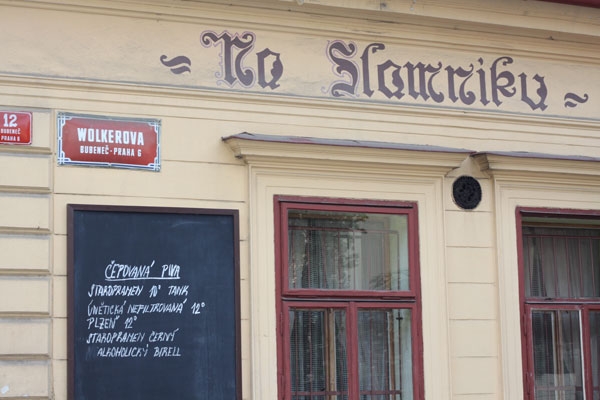