Just around the corner of I.P Pavlova, Jakub Veselý of the flying brewery Falkon has opened Malý/Velký, a 8 taps of Czech craft beers with 2 of those dedicated to sours.

Walk back a bowling alley-esque hallway, descend a curved staircase, and you’ll find yourself in the main tap room of Malý/Velký. 8 beers are on tap, rotating a steady selection of craft beer from Czech microbreweries and a few choice brews from abroad. Minimally, you’ll find 2 beers from flying brewery Falkon. One tap is always dedicated to a lager, either from Továrna, Dalešice, or Hostomice. What we’re excited about are the 2 taps which promise to pour something sour or on the wilder side of things.

On our visits, we’ve been lucky enough to have Rittergut’s world class Gose, and a young Boon Lambiek Foeder which only had a 200 barrel distribution. On the disappointing end, we tried Falkon’s Sourberry #2 Gose, a rather one dimensional kettle sour featuring black currents.

Malý/Velký hosts a number of beer events, tap take-overs, and brewer talks, which are an exciting chance for beer nerdy folk to dig a little deeper into the bottom of their glass. Service is knowledgable and efficient, giving you just what you need quickly. If you’re hungry, they’ve got a simple snack menu of tasty little jars packed with meats or cheeses, served with Czech brown bread.

The decor of Malý/Velký echoes the trends we see in everywhere in Prague. A dark color scheme for the painted brick walls, heavy wooden tables, and the cavernous cellar-like roof give it a cold, minimal feel. Complete with the ubiquitous string lights, the trendy neon Malý/Velký light stands out as the most unique feature.

Just a small pub, Malý/Velký gets packed, with a crowd that varies from office types grabbing a pint after work, to beer nerds both young, old, and everything in between. Malý/Velký also boasts an extensive tap list, with imports from some of the current best American craft breweries and an impressive Belgian bottle selection.

The first venture of brewer Jakub Veselý into a brick and stone space, Veselý runs his own flying brewery, Falkon, and has brewed for Továrna and Bernard. Formerly, this space was Nota Bene’s ( a restaurant just next door) venture into a beer pub. It’s nice to see the space still used as a pub with a different scope of beers than other multi-tap pubs in the neighborhood.

While no doubt a talented young brewer, the names of many Falkon beers are often at best described as unsavory, with a recent addition utterly vulgar. When considering these repulsively named brews, one gets the impression that Mr. Veselý‘s opinion of women is based on too many late nights in front of a computer screen with vigorous one-handed action. It’s sad to see such sexism directed towards the gender of the original home and craft brewer; further more, it’s oblivious to the fact that women appreciate a well-made pint just as much as gents.

Located on Mikovcova street just around the corner from the metro station I.P Pavlova (red line), Malý/Velký is also easily reachable by trams 10, 16, 6, 22, and 13.

These are some of the different beers that Malý/Velký had on tap on our visit. 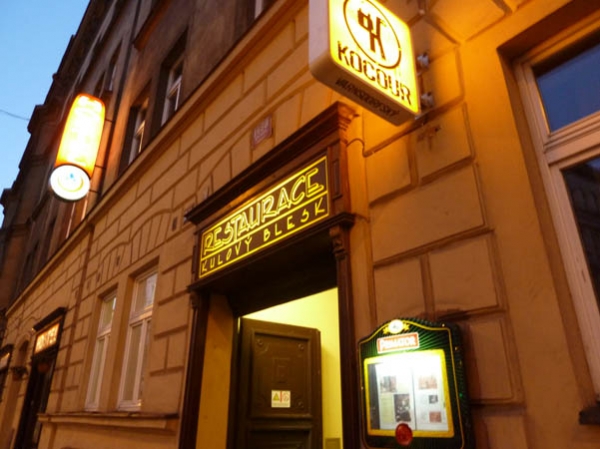 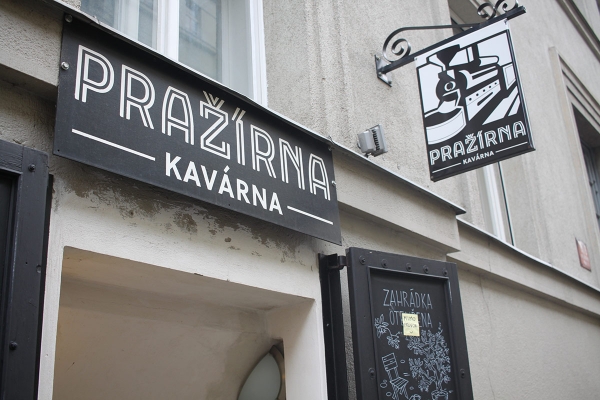