On our first visit to Zubaty Pes, one of the few pubs in Prague to feature good beers on tap from foreign countries, we noticed that on a few of their 15 taps had beers from a brewery by the name of Mikkeller. Our first try was Koppi IPA, a sublime combination of two of the most important things in life; beer and coffee. After a few more equally transcendental beers, we did some research and discovered that this Danish brewery has a famous pub in the heart of Copenhagen. So, we decided to head north, and see what else this pub had to offer.

Mikkeller is not a traditional brewery in any sense; but, they still manage to keep the traditions that matter the most to beer, while being innovative enough to add something more, and as they say ‘challenge your taste buds’.

Mikkeller was first started by two home-brewers, one of them being Mikkel Borg Bjergsø, who since 2007 has run Mikkeller. Now, the Mikkeller team has expanded, including some hard working individuals dedicated to creating beers that are focused simply on quality and novelty. Brewing their beer at De Proef in Belgium, the Mikkeller team creates the ideas for their beer, a task which often takes them around the world.

Having grown by 125% in the past two years, Mikkeller is rapidly expanding, not only in Europe, and their burgeoning beer loving country of Denmark, but also across the Atlantic. 10% of their beer stays in Denmark, 25% is sold to the world’s largest buyer of alcohol, the state controlled Systembolaget of Sweden, and 60% goes across the pond to the U.S.A. Mikkeller often works with other breweries, and is influenced by American breweries, who they say aren’t afraid to break the rules. Brewing 76 beers in 2010, Mikkeller has set a world record for the largest variety of beers brewed by a single brewery.

During our interview with Thomas Schøn (a hard working Mikkeller team member), one thing that stuck was the emphasis on quality, and the pairing of beer with food. The Mikkeller team has an ambitious task, which they’ve gotten a successful start at; to change the way we think of beer. They want beer to be thought of as a refined drink, good for pairing with food, in the same way that the best vintages of wine are reveled and painstakingly paired with the appropriate dish by a skilled sommelier. They question they ask, which is a question many beer lovers have often though of: ‘Why am I at a great, prestigious restaurant, and only have one choice of mediocre beer?’

So the Mikkeller adventure begins. Already a popular brand in the U.S.A, where they often cooperate with breweries such as Three Floyds and Stone Brewery, Mikkeller is influenced by American breweries, who they say aren’t afraid to break the rules. They were asked to specially brew the house beer for Noma, a Copenhagen restaurant specializing in local and traditional Nordic cuisine, that has also been voted the best restaurant two years in a row.

So, if given the chance, try a Mikkeller, and be ready for an adventure.

Where to start….with 76 different beers brewed in 2010, the variety in what Mikkeller beers you can experience is endless. We had the chance to try a few, but, there is always something new. As they frequently change the taps at their pub, there’ll be quite a few new beers to choose from. Here is a comprehensive list, made by ratebeer.com to give you some idea.

In Copenhagen, there are a variety of different hotels and price ranges to choose from. Since most of our money is spent on beer, we chose something more for the budget traveler, Hotel Saga. Hotel Saga was just fine; the rooms were small, and the whole building made you feel like you were on a ship. Breakfast is great, just what you need to get ready for a big day out, or to recuperate from a big night out. Service is friendly and helpful as well. Hotel Saga is conveniently located within a block of the train station, and a pleasant 5 minute walk from the Mikkeller pub.

What isn’t there to do in Copenhagen! Beer, museums, art, and great food are all to be found in the rather small, cozy Danish capital. Be sure to check out Tivoli, a large, centrally located amusement park. If you’re there around Christmas, they turn their park into a charming Christmas village, complete with all sorts of rides, food, shops, and hot wine.

As already mentioned, the world’s best restaurant is in Copenhagen; Noma. Be sure to have a look at their website first, especially their reservation policy (it’s usually booked 3 months in advance). For other things to do, have a look at www.visitcopenhagen.com.

Located just behind the main train station, in the hip neighborhood of Vesterbro is the Mikkeller pub. A popular meeting spot for locals and tourists alike, this tiny, cozy pub fills up fast, and doesn’t take reservations either. With a total of 20 beers on tap, 10 brewed by Mikkeller and 10 from other noteworthy brewers, you’re sure to find quite a few to occupy your time with. In case your hungry, Mikkeller offers some simple, but tasty snacks to go with your beer, such as sausages, cheeses, and chips…all of which are top quality and good. Service is friendly, and bartenders are very informative and experienced in talking about their beer. Minimally and naturally decorated, this pub has a pleasant atmosphere and upbeat, happy crowd. And note, as stated on the door, Mikkeller is a ‘Carlsberg Free Zone’.

Copenhagen is a capital city of just over 1 million in the urban area, with 1.9 million or so in the combined metropolitan area, which included the Swedish city of Malmö. Having the largest airport in Scandinavia, Copenhagen is a regional hub, and well connected to neighboring countries. Repeatedly voted as one of the cities with the highest quality of living, Copenhagen is also one of the world’s most environmentally friendly cities. For example, 36% of people living in Copenhagen cycle to work. With a great public transportation network, easily accessible bikes and bike paths, Copenhagen is easy to navigate.

Copenhagen’s Kastrup airport is located just 14 minutes by train from the city center, which makes reaching the city extremely easy. Almost all major airliners, as well as European budget companies, fly to Kastrup. Copenhagen is also reachable, from most European capitals, by train and bus.

These are some of the different beers that Mikkeller Bar in Copenhagen had on tap on our visit. 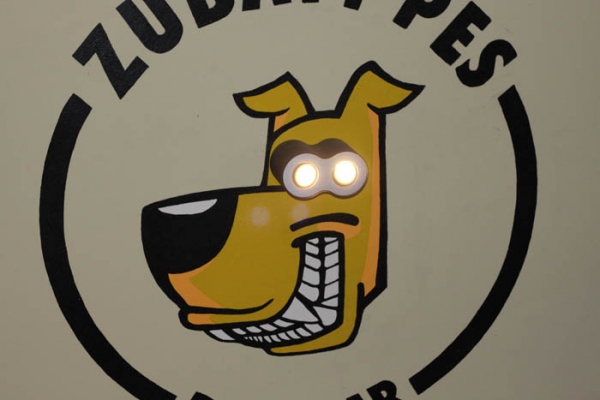