Just behind the hustle and bustle of Náměstí Míru is Pivoteka Beers ’N’ More, a small basement beer shop with 2 taps.

Being more of a hybrid pub/beer shop as most Prague shops are, you’ll always find 2 beers on tap, one easy drinking lager and the second usually hosting something top fermented from a Czech craft brewer. Occasionally, for either special occasions or when they have a keg of something exceptionally exciting, they’ll operate their 3rd tap.

Owned by beer enthusiasts, expect to find a selection of the Czech Republic’s most currently popular craft beers. Chilled bottles of Zihovec, Clock, Raven, and a few smaller microbreweries line up the shelves of Beers ’N’ More’s 4 fridges. The prices are rather hard to find, being stuck on the back of the bottle and seem to be a bit higher than other local beer shops. Also, only Czech craft beers are stocked.

Service is very friendly, and if you’re lucky enough to meet the owner, he’ll happily share with you his personal favorites and recommendations. Each guest also gets a little snack mix of fried soybeans, sesame seeds, and other nuts. The customers here are mostly locals, along with a few tourists and Vinohrady expats.

A new comer to the Prague beer shop market, Beers ’N’ More has a crispy clean new interior. Exposed brick, which is oddly just now becoming a staple of well designed spaces here, minimal tables, and a simple bar give it a more modern, but also more sterile, feel than many shops here.

There are two rooms to this beer shop; the main tap room, which oddly doesn’t have any chairs, but only high bar tables for standing and drinking, and a more comfortably designed back room, where they host tastings and other beer events.

Located on Varšavská street, take the Green or A line to Náměstí Míru, and Beers ’N’ More is just a short walk away. Tram stop Jana Masaryka, serviced by the 22, is also just a short distance.

These are some of the different beers that Pivoteka Beers ’N’ More had on tap on our visit. 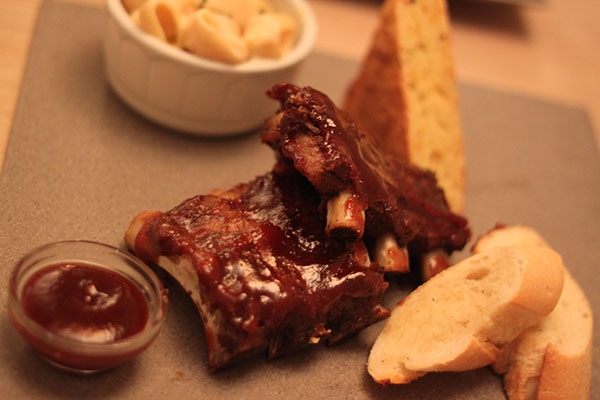 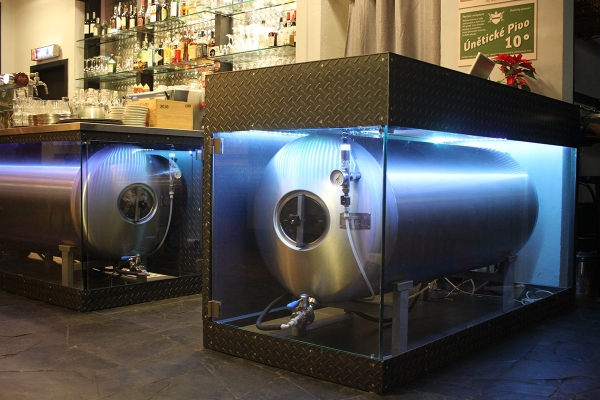 Tank Únětické is a Beautiful Thing