Amidst the panel houses of a rather lonesome district of Prague, you’ll find Minipivovar Beznoska, a beacon for those wanting something more than the average beer to fill their mugs.

Newly opened in March of 2013, Beznoska is a family owned and operated microbrewery, serving classic Czech beer and cuisine. With six taps, three traditional Czech lagers are always on tap, and the other 3 rotate between speciality brews like ales and weizenbocks.

Having owned and operated this pub in the past, the Beznoska family decided that they wanted to serve something unique, and therefore decided to set up a microbrewery. They use completely natural and traditional Czech brewing methods, as well as Czech hops and they mill their own malt. The variety of beer brewed here is impressive, especially when considering the size of this small microbrewery. Though some beers could use a bit more development, this is a genuine, Czech family operation, with the best intentions of making guests happy.

Beznoska’s three classic Czech styles lagers are always available- Beznoska, a 12° lager, Hejhula, a 10° light lager, Klíčák, an 11° amber lager. The other 3 taps serve anything from a stout, to a red ale, or their B-Ale, which we particularly enjoyed.

To accompany Beznoska’s beer, their menu consists of traditional Czech dishes like schnitzel and smoked pork neck, as well as a variety of grilled meats and pub snacks. Well made, simple and hearty, the cuisine here is example of Czech pub food at its best, fairly priced, and in hefty portions.

The interior is spacious, with a certain charm, and their copper brewing kettles are situated right behind the bar. Downstairs, they have their lagering cellar and fermenting vats. Currently, this is the only place you can drink Beznoska beer.

This pub has a devout following of local patrons, so making a reservation is a good idea. Be aware, there are two pubs that are essentially in the same building- on the right side is a rather ordinary sports bar, and on the left, you’ll see Beznoska. An easy 5 minute walk from Prosek metro station (the red line), Beznoska is located in Prague 9.

These are some of the different beers that Minipivovar Beznoska had on tap on our visit. 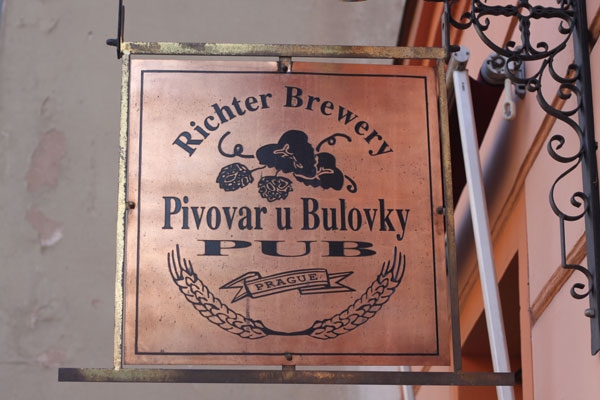