A tranquil monastery with a fantastic brewery taproom in a beautiful, under-explored nook of Prague.

Housed almost immediately to the left after having entered from the main gate, the pub is befittingly located in the monastery’s former granary. The pub’s interior is just as bare and rustic as it should be; upon entering you’re greeted by what may well be the only piece of modernity here, the bar with a green neon sign reading ‘Benedict’ above it. This monastery is of the Benedictine order, thus the brewery sells its beer under the Břevnov Benedict name. Everything else, from the vaulted, rust-coloured walls/ceilings to the floors, is appropriately bucolic. The atmosphere is as reserved and tranquil as one would imagine a monastery to be, yet it manages to escape any stuffy, judgemental qualities. It’s simply a very nice, relaxing place to put back a beer and reflect; to leave your phone in your pack and have a moment to yourself, read a book, or have a nice chat with friends and family.

The pub serves the standard beers, such as 11° black lager, 12° pale lager, and the 15° IPA as well as the specialties, such as the porter, imperial pale lager, the monastic abbey beer or whatever may be in season. I find the black lager especially nice, it’s moderately dry with lots of vanilla, dark chocolate and lightly roasted coffee, while the more subtle dark bread/toffee maltiness nicely compliments by the big earthy-hop character; it is chock-full of flavour for the alcohol level, about 4.5%. The IPA here is also very nice, one of the few local IPAs I regularly return to. The 12° pale lager is 100% Pilsner malt, showcasing the simple, yet complex, offerings of Czech floor-malted barley and Czech Saaz hops. This brewery also has a fantastic barrel-aged imperial stout on regular offer, and occasionally produces some extremely interesting specialties, such as spontaneously fermented beers or a beer brewed to a historical recipe that dates back hundreds of years.

The beers made here are unfiltered and unpasteurized, as is the case for many micro-breweries, and the brewery stays true to traditional practices when ‘necessary’, employing decoction mashing and using open fermentation vats, which are not very common in or out of the Czech Republic.

The site’s depth of history is stunning. The original monastery dates back to 993, and it’s almost certain a brewery existed in those early years. This lasted until the Hussite Wars, in the 1420’s, when nearly all of the monastery was destroyed, only to be rebuilt in the 1700’s. Nearby the current brewery, which resides in the former stables, is a cellar that is thought to be a part of the oldest known brewery in the country. The current, modernized micro-brewery also has a connected little bottle shop with their own beers. The collective experience of the monastery was great to begin with, but with the addition of the pub, which is very different from the independently owned tavern in the middle of the courtyard, makes for a fantastic outing, especially preferable in decent weather.

The Břevnov Monastery holds a special place in my heart. For me, it’s one of only a few non-natural places where I forget that I’m in a big city, where I can explore a high baroque church and buildings designed by the famous Dientzenhofer family or explore the beautiful gardens just outside the walls, where I lose sight and sound of the busy motorway – the construction of which saw the destruction of the former brewery (yet another reason to despise cars!); it’s a place where I can go to the newly-opened pub to sit and have a few pints and simply relax.

To get to Břevnov, take trams 22 or 25 to the stop Břevnovský klášter, approximately 10 minutes further west of the castle on the 22.

These are some of the different beers that Klášterní Sýpka had on tap on our visit. 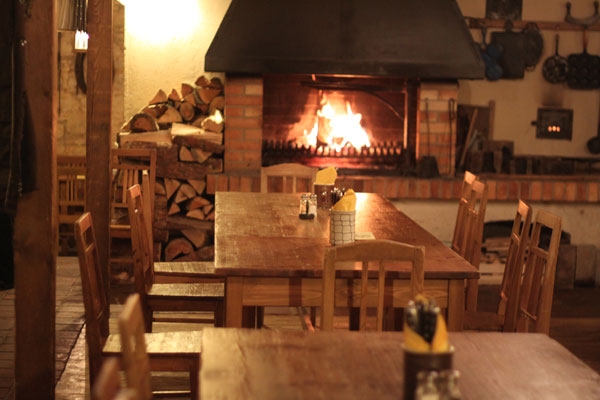 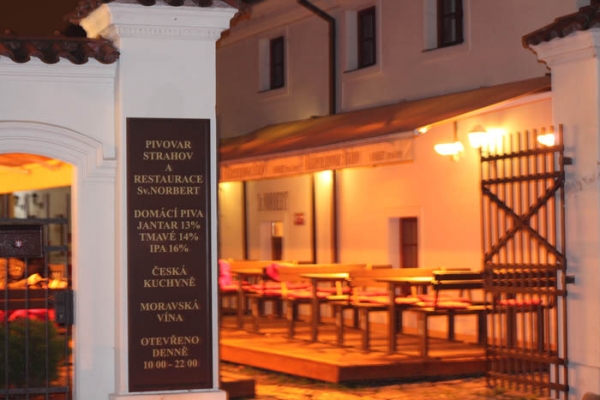