Born during the Great American Beer Festival, the concept of Dva Kohouti came from Adam Matuška and Lukáš Svoboda. With its’ raw walls and industrial decor, Dva Kohouti’s decorative flirtation with retro Americana give it a fun boisterous touch, unlike any Prague drinking establishment.

From the exposed tap system to the raw walls dappled with graffiti, at your first glimpse Dva Kohouti could seem haphazard. But dig just a little deeper, and the method to their madness makes solid sense. During a candid chat with brewer Lukáš Tomsa, I had a chance to hear how Dva Kohouti grew to what it is today within just over a year of existence.

A joint venture between the trendy food conglomerate of Ambiente and one of Czech Republic’s most well known craft breweries Matuška, it’s perplexing that such an establishment hasn’t existed before in Prague. Dva Kohouti serves two purposes: a taproom for Matuška beer, who despite all their fame until now hasn’t had one, and a playing ground for Ambiente to get more serious about beer other than Pilsner Urquell.

Let’s start with the reasons why Dva Kohouti excels in the world of taprooms. First, their tap system was designed by Lukr, a premier tap system maker specializing in all things lager, and Lukáš Svoboda, who’s been pouring Pilsner on a world famous level for years now. Visible from the back, the pipes that bring the beer to the faucets are distinguishable by 3 different colors of insulation, marking the 3 different temperatures they serve their beer: 2-3 c., for their Místní Pivo, 3-5 c. for other lagers, and 5-6 c. for ales and other styles that benefit from less chill. Pulling towards the front, the taps aren’t exactly the famous Czech side pull. In order to get the greatest number of taps out of their stand (which was also custom made), Lukr and Svoboda came up with this ‘front pull’ solution, which allows them to have 9 taps. Ironically, today their choice is limited not by the taps, but by how many spaces they can show on their retro Americana board.

As many an international drinker can attest, there is something truly remarkable about the best of Czech lagers that is hard to put your finger on. A Czech pale lager is a style built of subtleties that can easily be destroyed in the distribution chain that carries beer from the brewer’s lagering tanks, where it’s undergone life solely under the care of its’ creator, to yourglass. Pouring lagers is something that the Czechs are world famous for, and side pulls have achieved a cult like status. This is where the art of tapping a beer comes into play, but more importantly, there is no better way to drink a beer than straight from a tank. And Dva Kohouti has both essentials for lager perfection.

All the brewing technology came from Matuška, and the mash tun is a repurposed industrial cooking pot Lukáš tells me, joking about the added exercise he gets shoveling out all the spent grain from the top (most purposely created mash tuns have doors that open on the side, for the easy removal of spent grains). The house beer is Místní Pivo, (and personally one of my favorite lagers), an 11 degree pale lager that finds itself on the more bitter end of the spectrum with 40IBUs. Two Czech hop varieties are used to achieve this remarkable bitterness, Saaz and Saaz Special, as well as Pilsner and Munich style malt (all from the Czech Republic), and a touch of raw barley for that added protein which supports such a remarkably frothy head. A brew day for Místní Pivo is about 9 hours, including a double mash decoction, and then lagering for about 3-4 weeks in total before moving to a pouring tank, where it lasts at most 3 days.

You’ll find one or two other seasonal specialties that are also brewed in house by Tomsa. At the time of my visit, this was Javlova, a Czech pale lager that uses only Saaz hops and forgoes the Munich malt with the aim of being more down-able.

From Matuška, you’ll almost always find their Desítka, a 10 degree Czech pale lager, and California, one of their most famous APAs. They try to keep on tap their dark lager, and counton any new Matuška beer making a debut on these taps.

As for food, their courtyard hosts food trucks occasionally, and they also do kitchen pop ups. But right across the courtyard, you’ll find rotisserie style Grils, which operates informally like Dva Kohouti’s kitchen, meaning you’re always welcome to grab a meal there and bring it over.

The energy of Dva Kohouti is contagious. There’s an exciting and upbeat vibe and everyone, from the brewer to the servers, are passionate about what they do. You can feel that a family connection is at the foundation of this place; after all, Tomsa got his start brewing for Matuška when his childhood friend Adam asked if he could help out his dad two years ago. Dva Kohouti is also one of the few beer places in Prague that host events that go beyond beer, with the aim of creating a more flexible and diverse space.

These are some of the different beers that Dva Kohouti had on tap on our visit. 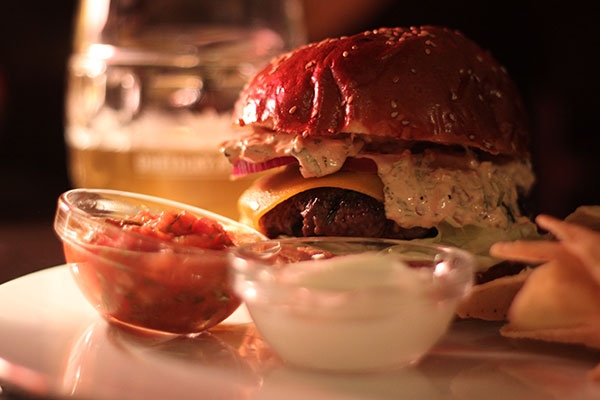 Where latino cafe culture meets one of the best Czech lagers 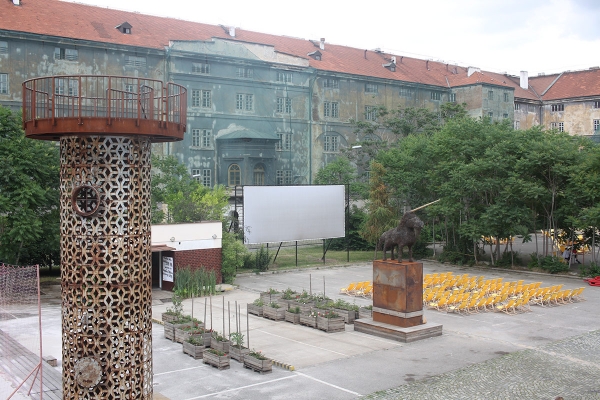 Multiple Bars and Enough Events to Keep the Most Social of Butterflies Busy All Summer.