As the Czech beer market has become more diverse, beer drinkers have steadily been given more chances for choice. And one of the choices we’ve been most excited about in the past year has been Únětický Pivovar. Brewing traditional Czech lager, using traditional time tested methods, Únětické’s beer consistently has a fresh, wholesome, and pure taste that comes only with the best lager.

Advertisement
Located just outside of Prague’s north-west boarder, Únětice is an easy place to visit for good beer and delicious Czech cuisine. Newly reconstructed with a new restaurant and more space for beer brewing, Únětický Pivovar is a fun place to visit for an afternoon of fantastic beer and food, just next door to Prague.

Únětický’s roots go back to the year 1710, when monks from St.Vitus Cathedral in Prague first brewed beer on the premise, and used the building as a malt house. Over the years, Únětický built a reputation of brewing quality traditional Czech lager. In March 2010, the current owners had the idea to renovate the original brewery, which had fallen into disrepair over the years. On June 11, 2011 their first batch of beer was distributed. Today, this small, thriving brewery is a genuine family operation that is delivering some of the best, traditional Czech lagers.

Only using the 4 traditional ingredients of malt, water, hops, and yeast, Únětický sticks to the simple time tested recipes that have made Czech lager famous. Their malt comes from a Czech producer, and depending on how much is added, they make either their 10° světlý ležák, or their 12° světlý ležák. Using Czech Saaz hops from Žatec,  their brewing process takes 4 weeks from start to finish.

To start, the malt is milled. Using a double mashing technique, the hops are then added,  brewed, and then cooled. Next, the beer spends 7 days in the main fermentation tank, and then lagers for 3 weeks.

Next, the beer is then bottled into PET bottles or into kegs. All of this is done by a crew of 3 men, and another 3 work on the packaging and logistics of beer transport to customers. This is a real hand-made operation!

Last year (2011), 1500 hectoliters were brewed at Únětický, and this was not enough to keep their customers satisfied. Demand for their lager keeps increasing, and they simply can’t keep up. So this year, their goal is to brew 6,000 hectoliters. To help keep up with demand, they’re expanding and adding 2 more fermentation and 5 more lagering tanks.

At Únětický Pivovar, you can always try their two fantastic beers: a unfiltered 10° and their unfiltered 12° lager. These are served straight from the tank. They also produce some special beer, but rarely and for specific occasions. Since this is a hand-made sort of operation, you can only drink Únětické beer at restaurants with their beer on tap, the brewery, or buy PET bottles which are only sold at the brewery.

Since Únětický Pivovar is so close to Prague, it’s easily reachable from any Prague hotel.

Located just outside of Prague, Únětický Pivovar is a convenient and easy afternoon trip. Also in the region are bike paths and hiking trails, which make it very easy to combine two of the best things in life, fine beer and sport.

Having good food is something necessary for any good Czech brewery. And Únětický Pivovar serves some delicious, hearty, homemade Czech cuisine. Portions are huge, and prices fair. They use high quality Czech ingredients, and their dishes are well-prepared. Their menu has some Czech classics like řízek (schnitzel), pork ribs (vepřová žebírka), and baked pork knee (pečené koleno), and a more unusual dish, but still very traditional, ‘bůckove kostky’ which is a piece of brisket cooked with brussel sprouts, bacon, and dumplings. During lunch time, they have a well priced lunch menu too.

Since their recent renovation, they have a new, huge dining space, which is also smoke free. If the weather is nice, they have a large area with wooden tables so you can enjoy your beers under an umbrella.

Getting to Únětický Pivovar couldn’t be any easier. Located in the small village of Únětice, just on the north-western edge of Prague, all you have to do is get on bus 355 or 359 (but the 359 takes longer) which runs from Dejvická. This bus ride lasts 22 minutes. Get off at the stop Únětice,Na Parcelách and cross the street. Walk down the little path that goes down the hill through a small shady park, and Únětický Pivovar will be on your left.

These are some of the different beers that Únětický Pivovar had on tap on our visit. 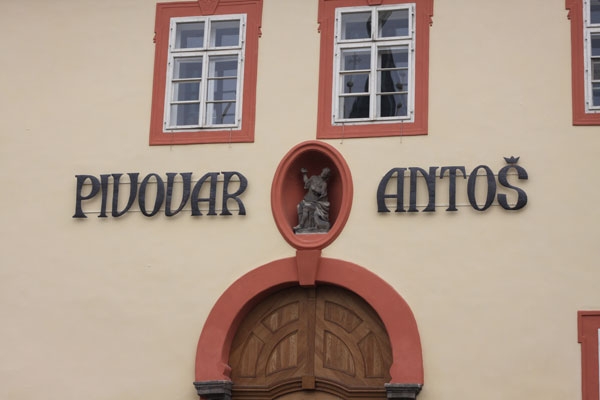 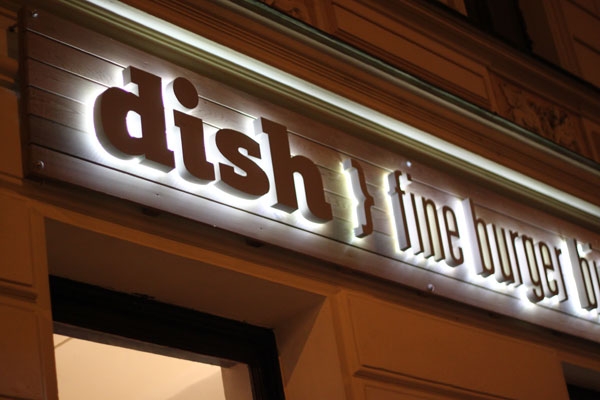