Hops, those unpretentious little green cones of delight, have contributed so much to our lives without the slightest nod for reciprocity.

As with much of history, there is a lot of gaps in our knowledge of hops. It is likely that hops originated in present day Mongolia, at least 6 million years ago, and the European divergent species about 1 million years ago. It’s uncertain who began cultivating the hops, although many internet sources state that Romans brew with hops and would eat the young hop shoots, this is inferred by Pliny’s Naturalis Historia – though it’s only assumed that the stated plant is indeed the hop bine, this is not proven, and he never talks about brewing with them, despite the whirlwind of misinformation on the internet regarding Pliny’s book and hops.

The earliest known large concentrations of hops were found in France and Switzerland in the 6th-9th centuries, the quantity suggests they were grown by humans. A 6th century gravesite excavated near Trossingen, Germany, not far from the Black Forest and the borders of France and Switzerland produced a canteen, inside of which researchers identified the oldest evidence of a fermented, hopped beverage – a mixture of honey, barley and wild cereal grains, and grapes. Author Ian S. Hornsey writes that hops were grown in the Hallertau region of Bavaria, in Bohemia and in Slovenia, suggesting that early cultivation and breeding would have further developed in these regions in the mid-9th century, before spreading to the rest of Europe. This fits with a date from Žatec (Saaz), the famous hop growing region of Bohemia, referencing hop cultivation in the region in 859 CE. More recently, Stan Hieronymus has written that hop cultivation in the town of Spalt dates to the late 8th century, after a travelling Bohemian monk (another Bavarian-Bohemian travelling monk story, I know…at least this one seems true, unlike the spurious Pilsner Urquell yeast story) introduced new cultivation methods and, indicated by genetic evidence, the Saaz hop. This evidence suggests a slightly earlier date, but the big picture remains the same, and, although they’re not the first to grow hops, Bohemia and Bavaria retain their beery historical status that we so love. In the late 16th century, Father Kaspar Stauder introduced Bohemian hops to monasteries and farms in the Hallertau region; though the region was already growing hops, it seems the Bohemian seedlings would become preferred to the former variety. Over time, these Bohemian hop cuttings would genetically drift away from their ancestors across the silly man-made line drawn on maps that we’ve come to call a border, displaying their own unique characteristics and charms, becoming known as Spalter and Hallertauer hops. 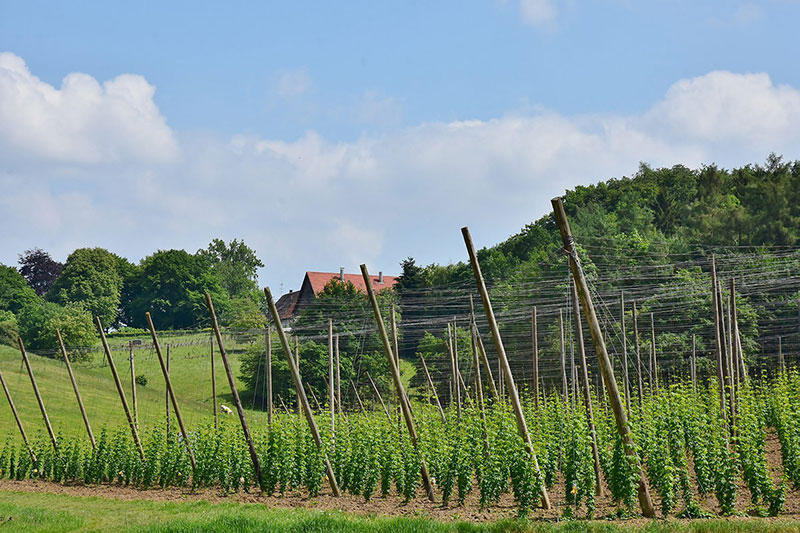 Much like grapes, hops have terroir, that is, the flavour profile will change depending on the local region in which they’re grown. Of course, monasteries have a long history of cultivating the hop, although it’s unsure if the hops were destined to be brewed with in the early period. There’s written mention of hops destined for brewing comes from 822 CE, from the Abbey of Corvey; brewing with hops here seemed to be an established process at this time, in this particular monastery. This year is notable as it’s the same year in which the abbey relocated, some believe that the breweries were one of the first constructed establishments of monasteries, as the sales of beer would help fund further construction. The turn of the century saw many new abbeys opening in Bohemia, which are said to have grown hops, furthering the spread of the noble Bohemian hop. The Forum humuli, Hamburg’s famous hop market, received a shipment of goods from Bohemia in 1101, including regional hops, which were already famous at this early period. A couple decades later, Abbess Hildegard of Bingen was the first to write about hops’ natural preservative property for beer, these preservative qualities require boiling the beer, which further prevents “sickness” of the beer, or spoilage. This double measure to preserve beer made it possible for beer to travel. Hildegard also wrote that “...it makes melancholy grow in man and makes the soul of man sad, and weighs down his inner organs.” This displays the sedative/ depressant trait that hops have, as compared to certain herbs that were historically added to beer. Some of these herbs are likely stimulants – a possible explanation as to why hops were chosen over herbs in the end.

A lexical distinction became apparent: ales were unhopped and in some cases probably not boiled, while beers were hopped. In most countries, the unhopped ales would be flavoured with a mix of herbs; the composition of the mix and the name differed by region, though known more universally today as gruit (which deserves its own article, and I’ll get to that later, don’t worry). In the 14th century, a bishop from the Netherlands complained to Holy Roman Emperor Charles IV that for 30 years the sale of hops was impacting the sale of the gruit herbal mixture, and that his income was “much lessened”, which Charles IV addressed in 1364 when he wrote about “a new method of brewing beer” (brewing with hops), allowing the bishop to ask for a groschen (a coin used during the times of the Holy Roman Empire) per cask of hops. Under the rule of Charles IV, hop growing was promoted by imperial decree, and exports of hop cuttings, used to grow new hop bines, were forbidden and punishable by death. 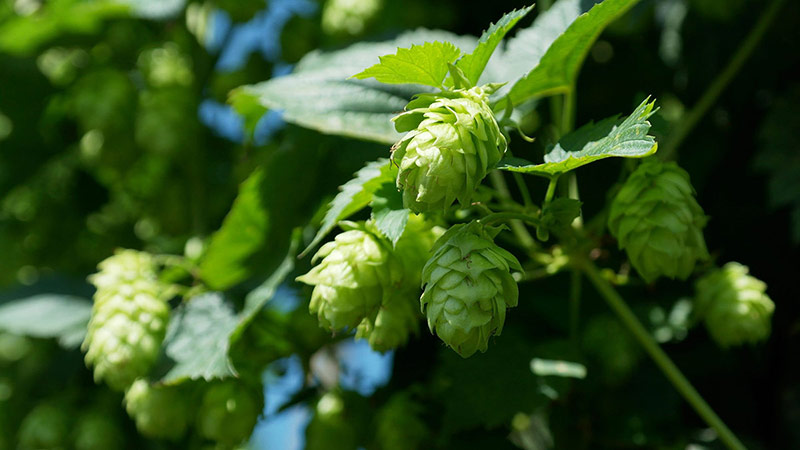 Throughout centuries hopped beer and unhopped ales lived alongside each other, though not necessarily harmoniously. Hops could be found and harvested in the wild and monasteries were selling them as seasoning for beer. Hops became more and more plentiful and cherished by many. In the 16th century, Bohemian aristocracy took control of brewing rights from the cities, spreading the growth of hops and barley further throughout the country, however the Thirty-year War in the 17th century wrought havoc on the state of Czech hops. The 18th century would experience a new rush of hop growth under the command of Emperor Joseph II. Meanwhile, over those centuries many states created laws regarding the ingredients allowed in beer, hops came out victorious over herbs; brewing ale with herbs became disallowed, and was continued mostly in small home, farm and village breweries, as well as throughout more isolated regions – Norway, for example, where traditional farmhouse unboiled beers with very few hops (for preservative qualities only) are still brewed and incredibly documented by Lars Garshol.

Of course, we’ve all heard the famous tale of the creation of the IPA, that by adding extra hops to a beer it would survive the long voyage at sea. It was long known by this time that beer to be exported from England would have a higher hopping rate than beer cooked for the domestic market. The IPA is simply a natural extension of that. While we may not know much about the origin of hops, what we do know is how much we have come to appreciate them in our bubbly beverages. Over the years hops have been cultivated and bred for a huge variety of flavours, from the Old World earthy, clean spicy characters to the New World tropical fruit flavours, and everything in between. The US has become a major world hop exporter, having an incredible array of different hops with an even more wide array of flavours, the combinations are endless! Australia and New Zealand have demonstrated they can grow some excellent fruity-flavoured varieties, as well. And while these may just be little, green cones, they have come represent what most people know and love most about their favourite beverage, and makeup the most brilliant of flavours!

Brewing with Yeast: An Incomplete History

The History of Christmas Beer